The Value of White Box Wi-Fi with Mojo Networks (Sponsored)

We’re diving into a world where businesses and Wi-Fi network engineers have full control over their Wi-Fi infrastructure through White Box Wi-Fi.

This episode is sponsored by Mojo Networks

Rick Wilmer, CEO of Mojo Networks, got into the wireless industry through a CPE and core router company. He saw wireless networking being the next big technology.

We start by asking him, what is cognitive Wi-Fi? It’s collecting a mass amount of data from a network. They use the data to predict what the network is going to do next. If that’s going to be a negative user experience, going to try to remediate that problem fast enough before a user knows they’re going to have a problem. Cognitive Wi-Fi works better with more data, thus Big Data. Machine learning is applied to that data to automatically remediate issues related to end user experience.

What is the biggest value of white box Wi-Fi? It drives cost of enterprise Wi-Fi down. As the cost of the solution goes down, volume goes up. Mojo Networks is about to ship their 500,000th access point. With the more APs out there in production, the more it feeds Mojo Networks’ big data.

Rick Wilmer says functionality and design is moving to the chipset vendors. Hyper scale companies are scaling out large data centers with compute but in their own way without relying on big vendors. That’s how Rick Wilmer found his way to the Open Compute Project (OCP).

OCP drives open standards around hardware which drives the trend of applying it to Wi-Fi. Nothing new is invented. Just as applying what was done to servers and switches but now into Wi-Fi. This focuses Mojo Networks towards developing more of the software side.

If the AP is defined by the chipset and all the chipsets are largely coming from Broadcom and Qualcomm, that hardware platform is essentially going to be the same as far as core functionality.

Does that mean hardware doesn’t matter? Hardware is still important. It is important in a design and manufacturing stand point. But it’s driven by sophisticated original design manufacturers (ODMs).

What’s driving the need for white box Wi-Fi? Generation 1 of the white box Wi-Fi is making APs available to customers at a price they come out of the factory. There’s no mark up or margin. Hardware comes from one vendor and software comes from someone else. It’s a disaggregation model but Mojo Networks obfuscates the process for the customer.

Generation 2 white box Wi-Fi is when the industry gets to a point where APs from different Wi-Fi vendors interoperate. Think about a light bulb. Any light bulb from any store can plug in and work.

“I can buy any brand of light bulb from any store, bring it home, plug it in, and it’s going to do what I expect it to do, which is light up my room. Wouldn’t it be amazing for the customer if access points worked that way.” – Rick Wilmer

What is the impact to firmware support. Wilmer says APs have been qualified to work with Mojo Networks cloud. Software has been certified with hardware, such as Edgecore access points.

We will see innovation moving away from hardware and into Cognitive Wi-Fi.

How do you get other vendors involved? Customer pressure. If we want to see change in the Wi-Fi industry, we must pressure vendors to participate and develop solutions for white box Wi-Fi.

Rowell, CWNE #210, is a network engineer in Higher-Ed. He enjoys working with wireless networking technologies and loves to share and engage with the community. You can connect with him on Twitter, LinkedIn, and Facebook.

This site uses Akismet to reduce spam. Learn how your comment data is processed.

More from this show

What’s in Your APoS Kit?

A common question we get and see on the CTS Slack is what equipment we have in our AP-on-a-Stick (APoS) kit? In this episode, we discuss...

Designing Wi-Fi for university lecture halls can be challenging. From dealing with BYOD, high density, aesthetics, and more.. How do you... 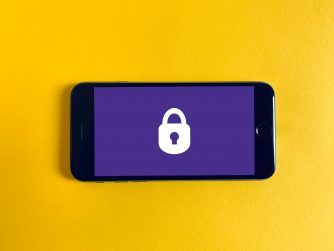 In this episode, we talk about what updates Fortinet brings to Mobility Field Day 6. Fortinet reminds us that they have a full stack... 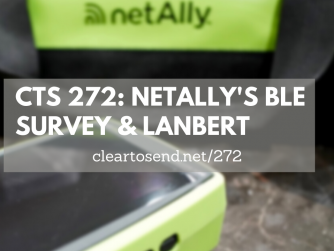 NetAlly continues to add features to their existing handheld tools. In this episode, we’re going to take a look at two features for... 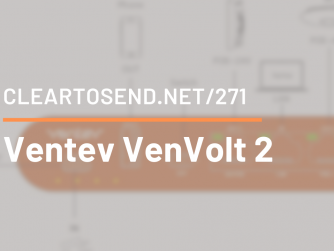 A new release that has both of us excited is the VenVolt 2 from Ventev. We do quite a number of AP-on-a-Stick surveys that require a... 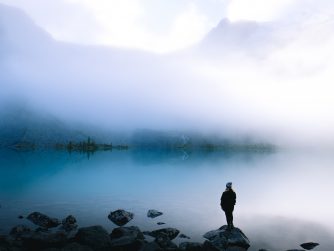 At MFD6, Mist has released their framework for how to design Wi-Fi networks. There are many videos to go through with supporting content...